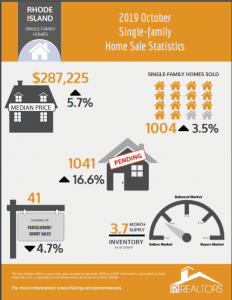 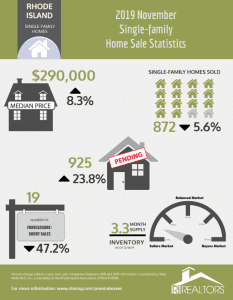 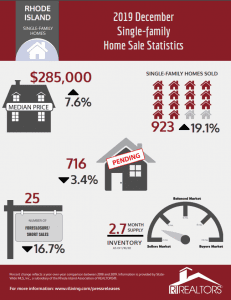 PEABODY, November 26, 2019 – The median sale price for both single-family homes and condominiums continued to rise in October on a year-over-year basis, according to a new report from The Warren Group, publisher of Banker & Tradesman.

Last month, there were 5,224 single-family home sales recorded in Massachusetts, a 0.8 percent increase from October 2018 when there were 5,181 transactions. Meanwhile, the median single-family sale price rose 3.5 percent on a year-over-year basis to $388,000, which marked an all-time high for the month of October. Year-to-date, there have been 49,524 single-family home sales – a 1.4 percent decrease from the first ten months of 2018 – with a median sale price of $400,000 – a 3.9 percent increase on the same basis.

“And so, the record-setting continues,” said Tim Warren, CEO of The Warren Group. “The median single-family home price has reached new highs every month so far this year, and I fully expect this streak to continue for the remainder of 2019. The trend is a gradual increase in median price compared with the same month in the prior year. The increase in October was 3.5 percent, but over the first ten months of 2019, it was 3.9 percent. These are not huge gains, and in fact, the gains this year are lower than either of the two previous years.”

“The condo market has been red hot so far this year, and October was no exception,” Warren continued. “Sales totaling 2,119 transactions marked the most condos sold in the month of October since 2006.” 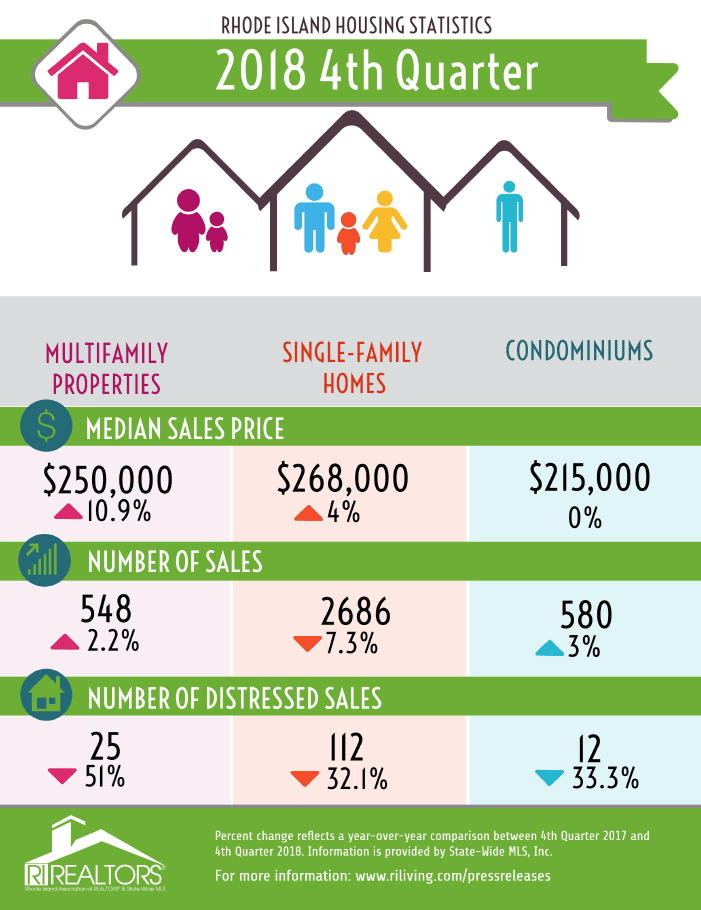