Inventory in all three sectors remains markedly low – hovering near a four-month supply for single-family homes and condominiums and a 3.5-month supply for multifamily properties. A six-month supply is considered a healthy balance between supply and demand by most industry experts.

Sales activity saw a jump in the condominium market last month, rising 13.7 percent from 12 months earlier but sales slowed in the single-family home and condo markets.  Given the scarcity of single-family starter homes, condominiums have become an attractive option for first-time buyers.

Also, in August, the U.S. Department of Housing and Urban Development released updated guidance on FHA-insured condominium financing. The new rules, which are set to take effect in mid-October, should make it easier for more buyers to obtain low down-payment mortgages for condo purchases by eliminating financing barriers to that sector of the market.

“Overall, as our economy moves along, so too does our housing market. The only thing hindering us right now is the lack of properties available on the market. Regardless of what happens to interest rates over the next year, we can’t sell what we don’t have available for sale.

“If there’s anyone thinking about selling, now’s the time. The conditions to maximize your investment don’t get much better than this,” commented Dean deTonnancourt, 2019 President of the Rhode Island Association of Realtors.

PEABODY, September 25, 2019 – The median sale price for both single-family homes and condominiums continued to rise in August on a year-over-year basis despite modest declines in the number of sales, according to a new report from The Warren Group, publisher of Banker & Tradesman.

Last month, there were 6,606 single-family home sales recorded in Massachusetts, a 3.1 percent decrease from August 2018 when there were 6,818 transactions. Nevertheless, the median single-family sale price rose 4.7 percent on a year-over-year basis to $420,000, which marked an all-time high for the month of August. Year-to-date, there have been 39,259 single-family home sales – a 2 percent decrease from the first eight months of 2018 – with a median sale price of $402,000 – a 3.1 percent increase on the same basis.

“The median single-family home price continued to break records during the last full month of closings for the summer,” said Tim Warren, CEO of The Warren Group. “Sales were down in August for the third consecutive month. This year marks the third consecutive year of modest declines in home sales. Everyone is trying to figure out if this is a sign of a slowing market or simply a lack of inventory. I’m betting on a strong local economy and job growth to keep housing hot for another year.”

“The August median condo price experienced the largest year-over-year gain seen so far in 2019,” Warren continued. “August marked the third month this year that the median condo price exceeded $400,000. With new developments planned and under construction in the greater Boston area, the statewide condo market may continue to set new records in the near future.” 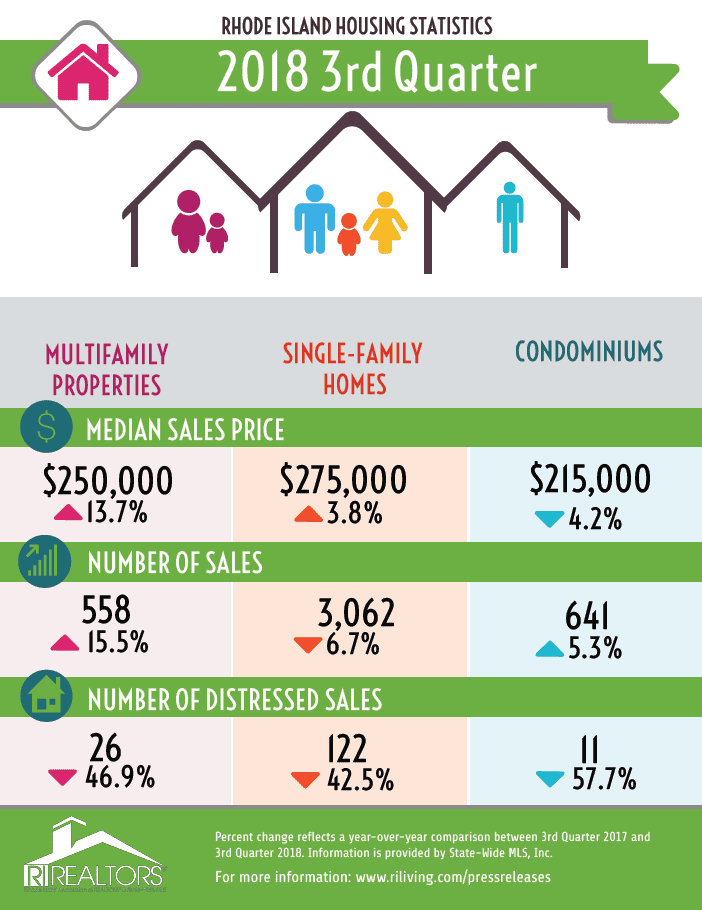